You are here: Home / News and events / New campaign for children who wait the longest

‘These children may be harder to place, but they are not harder to love’

Today (Wednesday 29th June 202) You Can Adopt has launched ‘A Life Less Ordinary’, a new campaign to find parents for children waiting longest to be adopted. With latest data revealing there are enough prospective adopters for most children waiting to be adopted, the campaign is focused on finding the right adopters for specific groups of children that face the greatest delays in finding a home. These include children aged five or over, children with additional and/or complex needs, brother and sister groups, and those from an ethnic minority background. 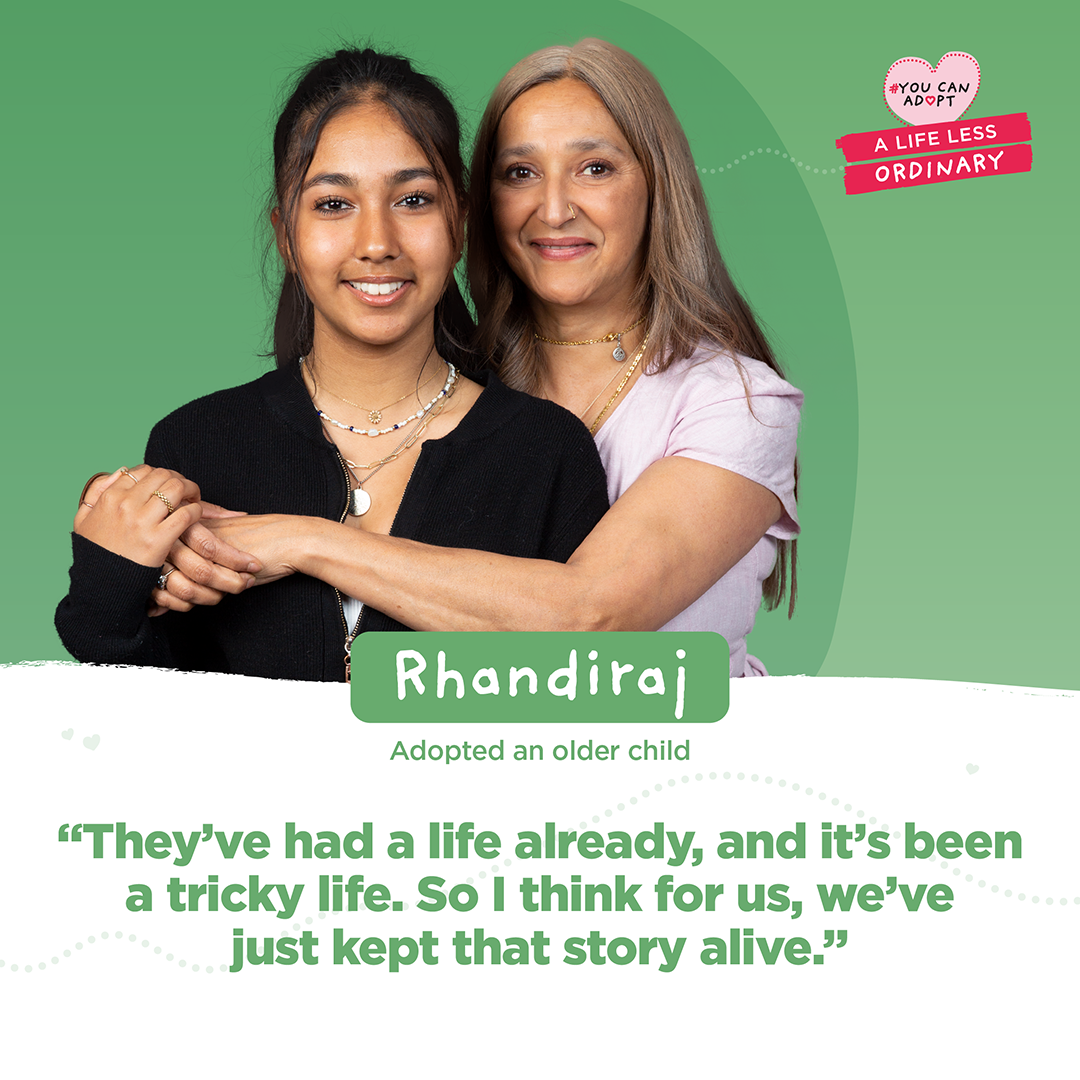 These groups represent 65% (1,220) of the 1,890 children currently waiting to be adopted in England, according to the most recent data from the ASGLB (Adoption and Special Guardianship Leadership Board, 2021/22). Further, 760 children in these groups have been waiting for 18 months or longer to be placed.

Compared to children without these characteristics:

To reduce waiting times for these groups, the campaign showcases the many life-changing benefits of adopting these children, explores the traits parents need to be resilient adopters, and highlights the support available to adopters and adopted children – highlighting that while some children may be ‘harder to place’, they are not ‘harder to love’.

The campaign also offers additional support and information around adopting children from an ethnic minority background, as the reasons why children from this group typically wait longer are complex and different to those from other groups. 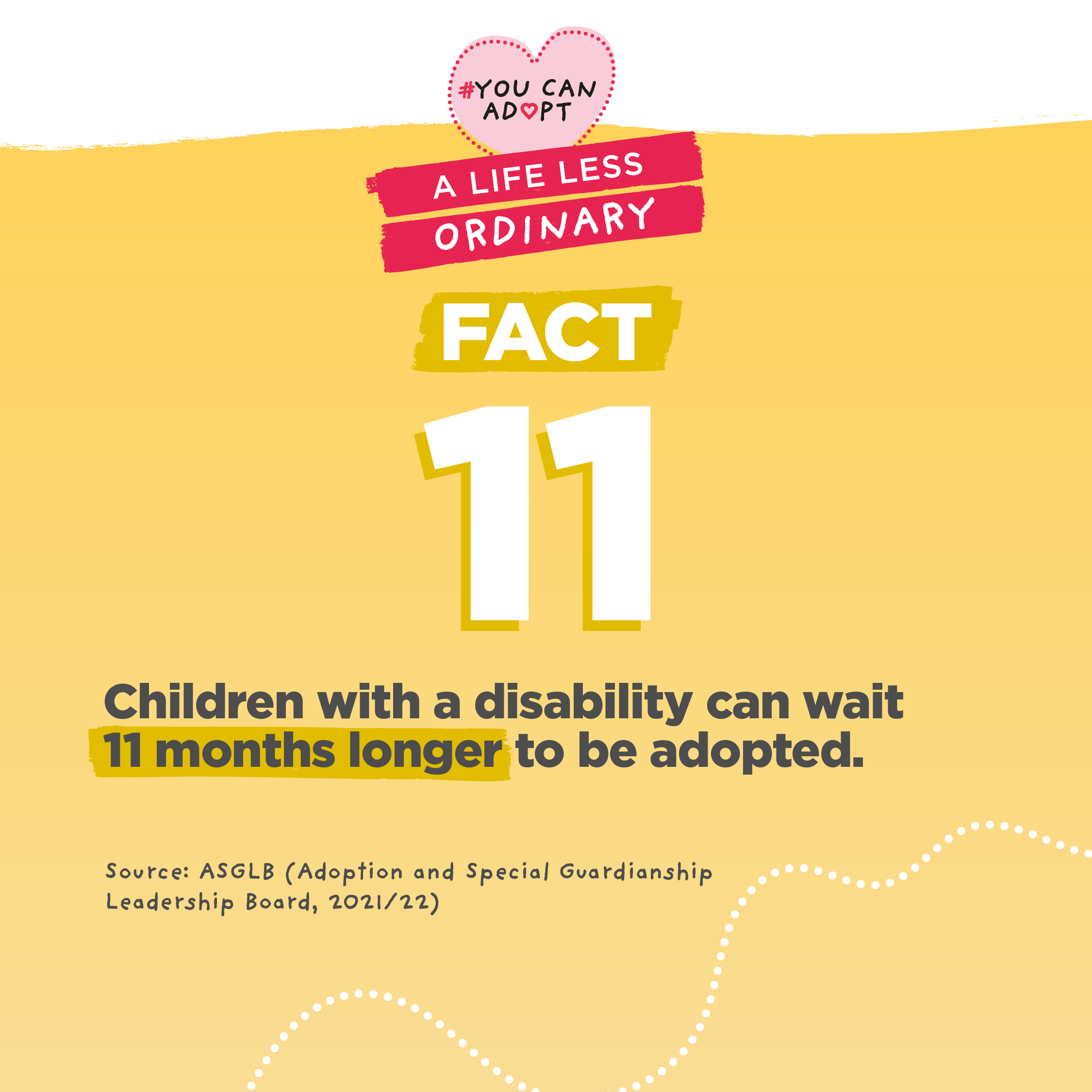 As part of the ‘A Life Less Ordinary’ campaign, new data from You Can Adopt shows that nearly a third (31%) of people in England would consider adopting a child. However, showing the need for adopters to come forward specifically for groups waiting longest, the majority are most open to adopting a child aged between 1 and 4 (88%); nearly four in ten (39%) wouldn’t adopt a child with additional needs, (e.g., a physical/mental disability), and one in four (26%) wouldn’t adopt a brother and sister group.

The survey also reveals perceptions, practical challenges, and barriers around adopting these groups. 42% didn’t feel they had the skills to adopt a child with additional needs and 1 in 6 (17%) would feel overwhelmed by adopting a brother and sister group. Cost and lack of space at home were also concerns around adopting children from across all groups.

However, over half (51%) said they would be more likely to consider adopting a child from one of these groups if they knew about the range of support available. The survey also showed that respondents believed the most important criteria were to be ‘patient’, ‘loving’ and ‘kind’ to give these children who wait longest a home.

While some groups of children may be seen as ‘harder to place’, they are not harder to love. That’s why we’re shining a light on those children who typically wait longest to be adopted – such as brother and sister groups, older children, children of colour and children with additional needs. We urgently need to bust the myths and misconceptions that may exist around adopting these children and find parents who can give them a loving, stable, permanent home. Most potential adopters already have the skills and attributes they need to change the course of these children’s lives. While it might not always be easy, support is available, and adoption is so rewarding.

We encourage prospective adopters to keep their minds open when thinking about what their future family will look like. So many applicants would not only make great parents, but they would also be able to provide a secure and loving home for the children who generally wait the longest. The reason they don’t consider the children who wait longer is often because they don’t have the experience or confidence to know just how capable they are.  We know that the prospect of caring for brothers and sisters, a child over four, or a child with additional needs is daunting, and as with all parenting, it isn’t always easy, but we also know how rewarding it can be and how much children can thrive in the right environment.  We would like to reassure anyone considering adoption that we offer full support and guidance throughout the application process as well as on an ongoing basis once a new family is formed, meaning help is always near-by. 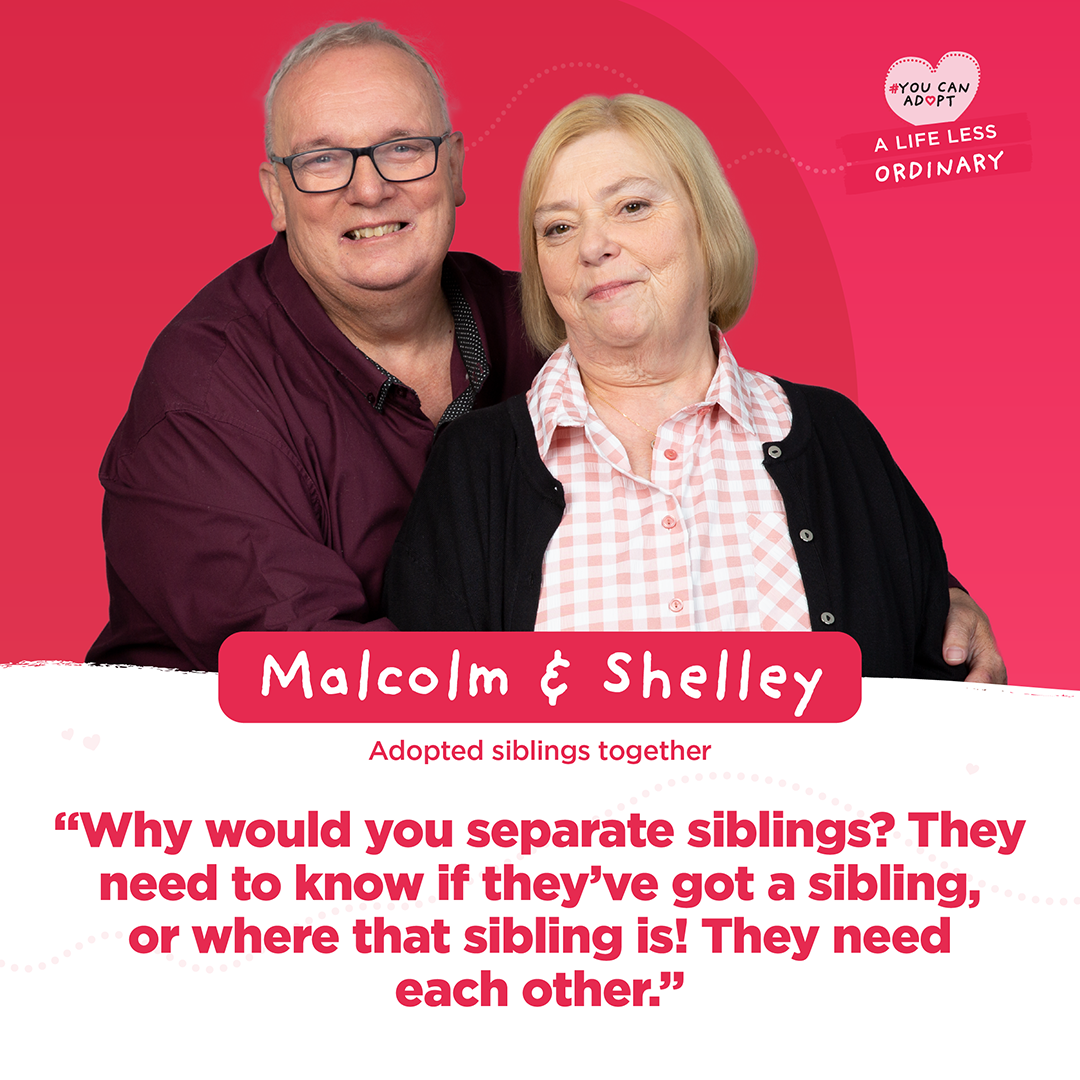 While at first people may not feel confident to adopt brothers and sisters, older children, or those with additional needs, parents of adopted children have emphasised they have many of the same everyday needs and qualities as any other child.

A new survey of adoptive parents showed more than half (55%) felt adopting had been the most meaningful, rewarding experience of their life.[1] Further, while most adopters (57%) did not originally set out to adopt a child from one of the groups which typically waits longer, 54% said they became more open-minded to it as they moved through the process.

As part of the ‘A Life Less Ordinary’ campaign, a new touching film has been released featuring children from these groups forming an ‘expert’ interview panel, asking real adoptive parents questions about what it takes to give these children a permanent home.

When we adopted siblings, we always say it brought twice the fun into our lives. They need each other and love each other, and we wouldn’t have wanted to split them up. Then when we adopted Courtney a few years later, it definitely got a bit noisier in our house! We are so honoured to be able to look after our daughter, who has additional physical needs, and see how she has gone above and beyond what might have been expected of her. For anybody adopting a child with special needs, there’s absolutely no reason why they shouldn’t lead a fulfilling and wonderful life. You’re giving them a future they might otherwise not have had. It can be challenging, but we just get on with it and adapt as a family!

Adam and Daniyal from Newcastle, who also feature in the film, are adoptive parents to 2-year old Samad, who is from a South Asian background. They said:

With regards to adopting a child from an ethnic minority background, we see it as a definite positive because you’re bringing something extra into your family that you might not have otherwise been able to experience. It just enhances our relationship with our son – to learn and understand his heritage. It means we don’t just get to celebrate Christmas and Easter, we get Eid too, and that really enriches our family life.

The national survey found that 70% of the public were not aware of support services available for adoptive parents. The campaign highlights the range of adoption support services available which starts with preparation to adopt, and includes support groups, training, workshops, family days and specialised therapy tailored to families’ needs. There is also an Adoption Support Fund, set up by the Government, to pay for therapeutic services for adoptive children and their parents, as well as specific support for children with disabilities, including therapies and funding for specialised equipment. Adoption agencies provide ongoing support and advice to all their adoptive families.

To start your own adoption story complete our enquiry form here.

A special Life Less Ordinary Campaign video has been released as part of the campaign:

[1] Adoption Network Survey: Conducted with 516 respondents on SurveyMonkey: adopters, potential adopters and those who work in adoption services between 19-25 May

[2] Adoption Network Survey: Conducted with 516 respondents on SurveyMonkey: adopters, potential adopters and those who work in adoption services between 19-25 May